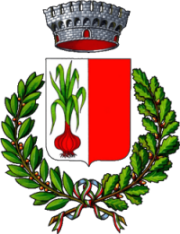 Although the name Certaldo derives from the Latin “Cerretus Altus” (Oak Tree Hill), the area was first inhabited by the Etruscan civilization.

In the Middle Ages the area belonged to the Counts of the Alberti family and then in 1184, Federico Barbarossa surrendered Certaldo to the dominant Florentines. Certaldo became a Vicariate and remained under the Vicar until the late 18thC. The jurisdiction of the Certaldo Vicariate was much larger than today’s present boundaries as it comprised the Elsa, Pesa and a part of the Arno Valleys.

Certaldo, for centuries, economically supported its people through trade and commerce. The Boccaccio were a family of merchants and it was from this tradition that Giovanni Boccaccio, (1313-1375), the famous Italian writer and poet, was born and spent most of his adult life in Certaldo.

Today, the Casa di Boccaccio (Boccaccio’s Home) is a Museum where visitors can learn more about the life and works of one of the most important Italian writers. Visitors can pay homage to the Decameron’s author at his burial monument preserved in the Church of SS. Filippo and Giacomo. Directly under his tombstone, there is an epitaph dedicated to Boccaccio written by the 14thC Florentine Humanist Coluccio Salutati.

Although the modern town, between the river and the Via Francigena (the pilgrimage road that leads to Rome), developed gradually from the 17thC, the local government remained in the Palazzo Pretorio (Vicar’s Palace) until the 1866. After the Italian Unification, a new town hall was built in the modern section of the city. The local government moved to the new headquarters and the old Palazzo Pretorio was sold to a private entity who radically transformed the building. 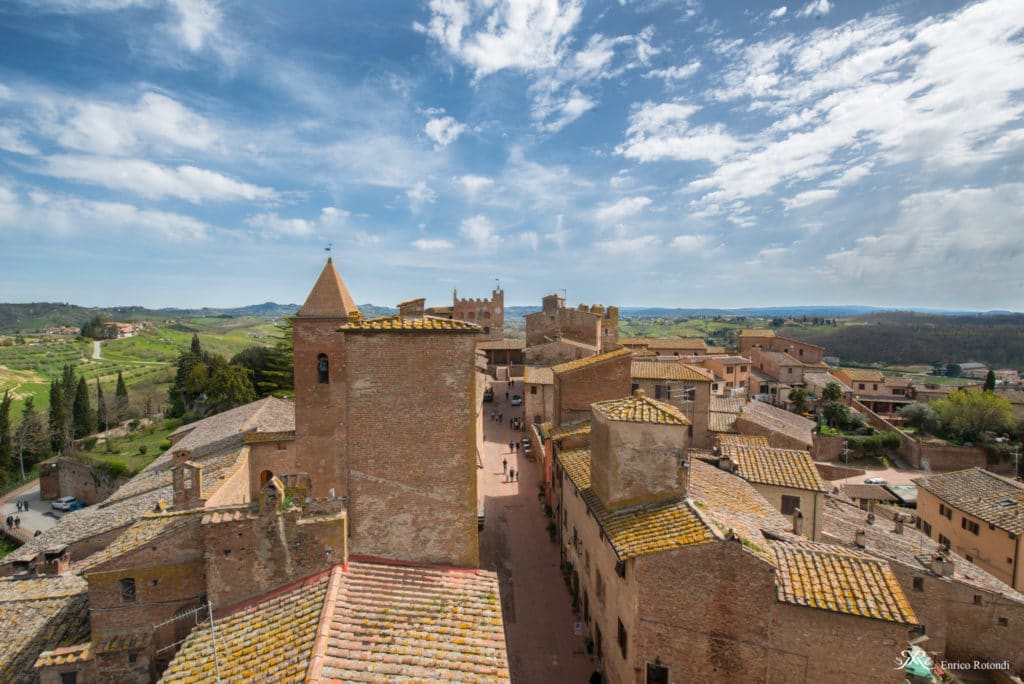 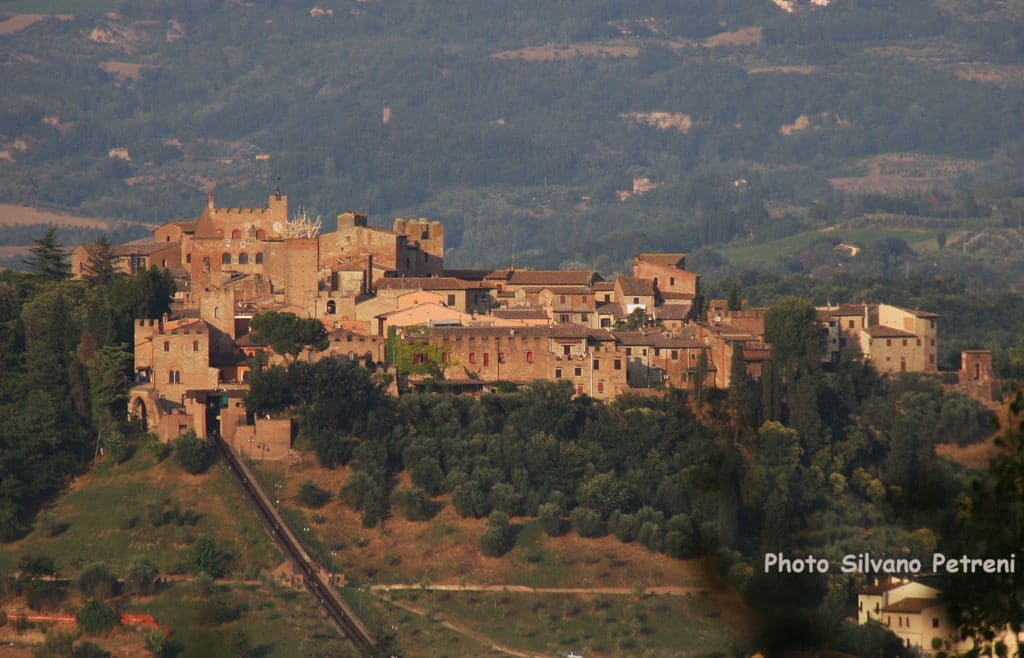 During this period the older Church of San Tommaso, near the Palazzo Pretorio also rapidly lost its importance when the new church was built in Piazza Boccaccio in the 1843. Only in the 1980s, with the development of local tourism, Certaldo became more appealing as a tourist destination rich in local history. The historical town center, called “Il Castello”, is completely surrounded by red brick walls and the original gates to the city: the Sun Gate, the Rivellino Gate and the Alberti Gate. The town is accessible from the old, steep “Costa Alberti” also known as “Costa Vecchia” or from the modern 19thC road, the “Via del Castello”.

The main characteristic of Certaldo is the peculiar “absence” of a typical central square where the religious or civic authorities palaces stood. In fact, the natural elliptical and narrow shape of the Certaldo’s hill made the construction of a square basically impossible. In place of a square, Certaldo has its Main Street the “Via di Boccaccio” where visitors can access the church, the Palazzo Pretorio (Vicar’s Palace) and the old market Loggia. Built in the 19thC, the current squares were formerly small family micro-farms and gardens which were extremely useful for producing food in case of siege.