Located between the municipalities of Certaldo and Barberino Val d’Elsa, Semifonte was a grand fortified city built by the Counts Alberti during the late 12th century.

It was sited midway between Florence and Siena on a hill overlooking the Elsa valley and the intersection of the two main routes in the area, the Via Francigena and the Via Chiantigiana, so enabling it to control trade in Tuscany. Thanks to this dominant position, Semifonte became a powerful and rich village, defended by three kilometers of walls, with inside seven churches and about three hundred houses.

Alarmed by the new fortress, Florence tried to stop its growth and made several attempts at siege until the downfall in 1202.

The peace treaty required the surviving inhabitants to demolish their own city, exiled them all, and forbade any further building on the site. After the demolition, the stone was transported to nearby Petrognano and Barberino Val d’Elsa and was used to build the tower houses that still stand today.

However, in the 16th century, some rebuilding did take place on the site, despite the earlier agreements, but it was only a chapel: the lovely Chapel of San Michele Arcangelo.

Built on the site of Semifonte according to plans by Santi di Tito in 1597, it is surmounted by a dome that is a one-eighth scale replica of Brunelleschi’s dome on the cathedral in Florence and, as such, reasserts the presence and power of Florence over the area from its prominent position overlooking the surrounding landscape. Commissioned by Giovan Battista Capponi, a pious man who was the owner of the Renaissance Villa of Petrognano and the Canon of the Church of Santa Maria del Fiore in Florence (Florence Cathedral), the chapel was only constructed after he wrote in supplication to Ferdinando I de’ Medici, Grand Duke of Tuscany, asking to build the oratory on the site on which building had long since been prohibited.

Today, in addition to memory and myth, very little remains of the city of Semifonte: the small chapel dedicated to Saint Michael and various buried remains. These are to be found on the summit of the hill nera the village of Petrognano, which dates back to the time of the city and stood outside the walls. 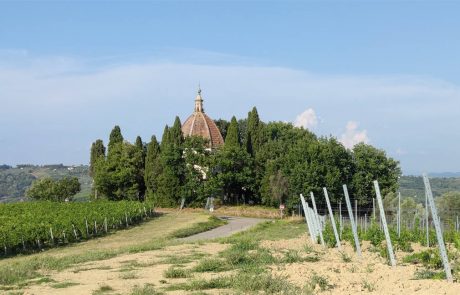 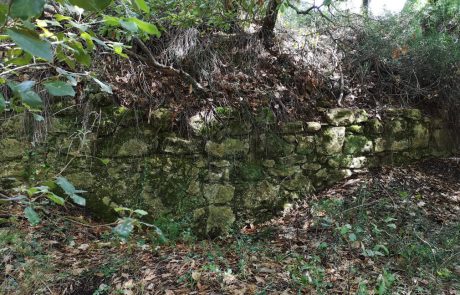 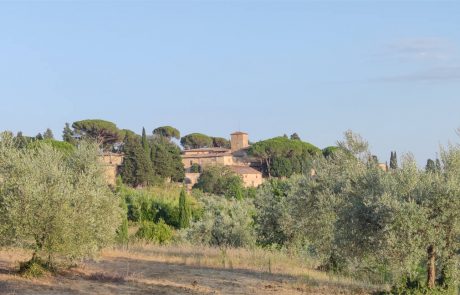 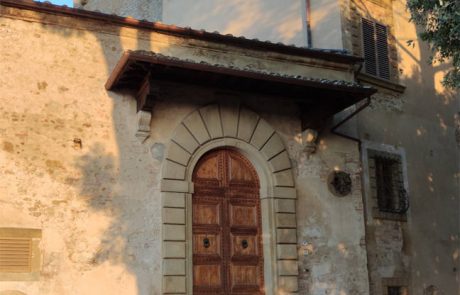